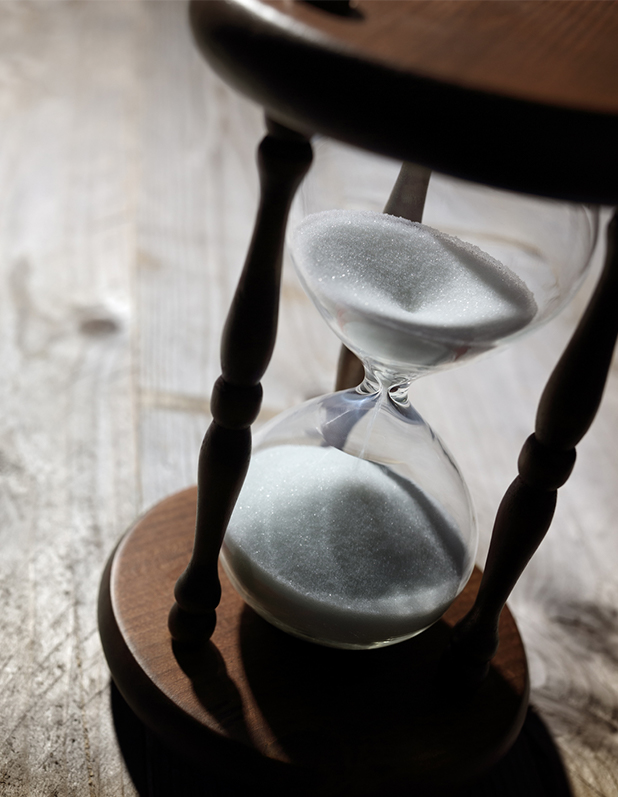 There continue to be forces at play, which are shaping the UK legal landscape further delineating the distinctions between small, medium and large firms. Deregulation, globalisation and technology (Wilkinson) continue to lend greater power to the Silver Circle, Magic Circle and Transatlantic Elite. These large firms are becoming larger and continue to encroach upon the ‘traditional’ mid-tier territory. Greater resources allow for a greater breath of offering, reduced costs and the ability to offer global ’lite’ services, not previously identifiable with the top tier of international firms. 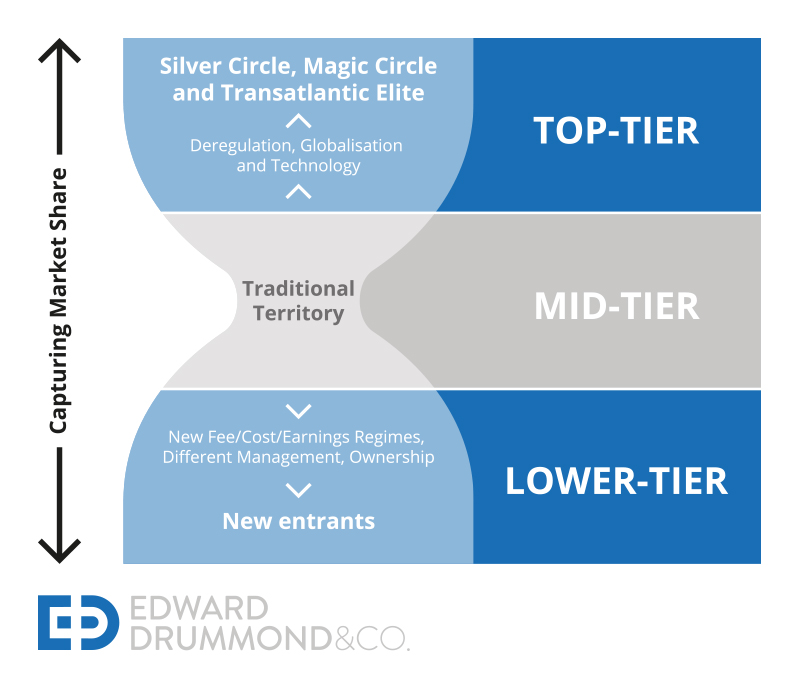 Barry Wilkinson in his article ‘Beyond ABS – A Review of the Post Legal Services Act Market’ observes how we saw this in the accountancy world when the Big 8 became the Big 4.

So in the Legal sector we are beginning to see the same. This jostling for SME business, (historically the province of the mid tier), from the top 4 as well as smaller new entrants puts greater pressure onto the squeezed middle looking for a means of retaining and growing market share in an increasingly hourglass shaped sector. Hence the clarion call to merge….

Is this the answer however?

Historically a merger has seemed the elixir for mid tier firms to withstand these hourglass pressures from above and below. The upsides were multifarious; growth, market share, economies of scale, new offices in new geographies, new areas/consolidation of expertise, broadened service offerings, cost savings – surely bigger is better in the new post LSA world? Not necessarily so. Recent research by Jomati Consulting has identified that although approximately half of the mid-tier firms spoken to would consider merging, two thirds of merger discussions prove ultimately unsuccessful. Furthermore, only 43% of mergers are deemed ‘successful’ and damningly 21% of mergers ‘unsuccessful’. ?] In 2011 we saw 21 mergers involving law firms in the Lawyer 100, 26 mergers in 2012, 28 mergers in 2013, 19 mergers in 2014, 13 mergers in 2015 and just 2 mergers so far in 2016 (Jomati Consulting/Mergerline).

Where does this leave the mid tier now? There is no doubt that market pressures from above and below are exacerbating the hourglass effect on the mid tier market. It is possible however to survive and indeed thrive. In our experience of working with a large number of mid tier firms, the features which distinguish the highly profitable from the less so are:

So, to operate and grow within the post LSA, post Jackson and post recessionary market mid tier firms need to be agile, and dynamic – but able to manage growth and change internally as well as respond to market demands quickly by being prepared to specialise, at the right price. For the squeezed middle, those firms that are prepared to adapt and specialise will be the ones who flourish. They won’t be the biggest, but they may become the best.